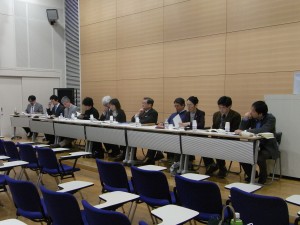 Symposium to discuss a joint review of Studies in Eurasian history of interreligious relations: On the problem of the religious “otherness”.

Purpose of the symposium
The symposium will discuss the problem of acceptance and reconciliation, as well as that of conflict and exclusion between various religious groups in Eurasia. All the contributors to Studies in Eurasian history of interreligious relations and all the members of this research project (Conflict and Reconciliation among Confessions and Religions in Medieval and Modern Europe and the Mediterranean World: The Study of Comparative History) will take part. The topics covered in the book are remarkably various: traditional religions and Christianity in medieval and early modern Japan, popular religious societies and the clergy despatched by Missions Etrangères de Paris in modern China, Muslims and Buddhists in contemporary Thailand, Jews in the Ottoman Empire, Greek Catholics in modern Syria, Jews and Muslims in contemporary Tunisia, the Russian Orthodox Church and Roman Catholics in the late middle ages, Martin Luther’s view on Jews, and the Anglican view on heterodoxy in the early modern period. It is expected that by comparing these various religious phenomena, a comprehensive framework of argument, transcending national frameworks, for the study of religion will be constructed during the symposium. 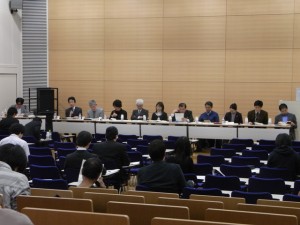 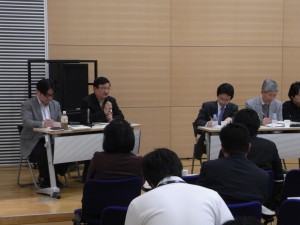 Review Debriefing of the symposium
While many other symposia were cancelled because of the shock caused by the earthquake on the 11 March, this symposium was held on the 31st as planned with a large audience who took a very active part in the discussion.

The symposium attempted not only to publicize the book but also to exchange ideas between the contributors and the members of the research project. It also aimed at expanding the scope of this project by inviting comments from outside. For that purpose, Otsuka (specializing in Buddhism in Japan), and Kojima (specializing in Chinese intellectual history) were invited as reviewers, as well as Nishikawa and Horii, both of whom were project members.

Following the chairman’s address, the contributors’ (excepting MORITA) opened the symposium and reported on their own chapters. That was followed by comments from the four reviewers. After the contributors replied, free discussion was held in which the audience took part. Various issues were raised in the discussion, out of which the following three were of particular importance.

First, the concept of “religion” was re-examined. i.e., the question was raised of how to deal with such world religions as Christianity or Islam and more localized minor religions in the same category as those two. Further, it was questioned how religious practices of intellectuals or the social elite and those of rural or ordinary people, which often comprehended pagan elements, could be compared.

Secondly, it was pointed out that although Studies in Eurasian history of interreligious relations is a useful attempt at analyzing connections between various religious groups, the book did not seem to present a clear conclusion, because it was not based on a common framework of argument or common concepts. In reply to this criticism, it was pointed out that too much reliance on “ideal typology” might lead to mere abstract theorizing.

Thirdly, history of religion was formerly studied chiefly by those historians who adhered to the religions which they studied. Studies in Eurasian history of interreligious relations and the symposium showed the necessity of expanding the scope of the study of religion, i.e., because religion constituted an essentially important factor in the evolution of history, not only historians of religion in the narrow sense but also historians of other research fields should take religion into serious consideration as an indispensable element for understanding any age or society. This approach is not yet widely held in Japan, where the study of history after the Second World War tended to be theory-inclined. Empirical studies such as this book will lead to a re-writing of “the world history of religion”. 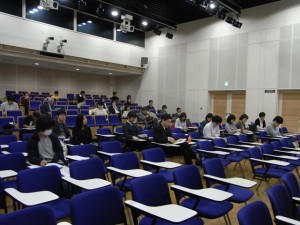 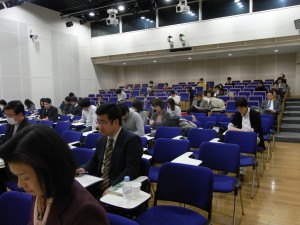